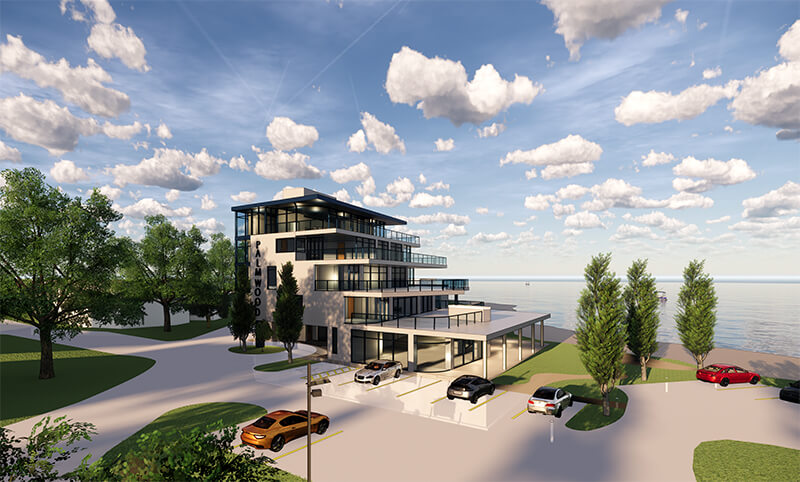 A redevelopment slated for the land currently occupied by the Palmwood Waterfront Dining and Patio has taken a big step forward.

Director of planning and development Rick Brady said a site plan agreement between the town and the proponents was signed “about a month ago” and said the next steps would be for the proponents to obtain a demolition permit for the iconic Crystal Beach restaurant, followed by a building permit.

Council approved rezoning the land for the development back in 2017. At the time, some residents expressed concerns over the five-storey height, two storeys higher than the maximum allowed in the area, and parking.

“A couple of neighbours had concerns but they’ve been alleviated,” Brady said.

Craig Coutu, who along with his father, Peter, applied for the rezoning of the Palmwood property back in 2017, said that the current lease for the Palmwood runs until Labour Day and that it would be October when a demolition permit would be secured and that shovels would go into the ground “immediately” afterward.

When complete, the development, currently known as the The Palmwood Condominium, will include retail space at ground level and seven condominiums spread out over the remaining four storeys, including a 2,800-square-foot unit on the top floor. The second, third and fourth floors will each feature two units between 1,500 and 2,000 square feet. All units will boast two bedrooms. Prices for the units have not been determined, Coutu said.

In terms of the building’s footprint, it will be no larger than the current restaurant.